With the UK still in a dire financial situation, a new emergency budget has been drafted in a view to help repair some of the damage done. This budget contains a number of key factors, all of which aim to address the problems currently facing the UK, with a number of these remedies having a direct effect on those living in Great Britain today. 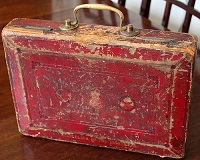 Yet one factor stands above the rest in terms of its impact. Its a fairly complex situation, as it benefits the country, whilst also having the potential to cripple the spending power of UK residents. This is of course in reference to the controversial decision to raise VAT from 17.5% to 20%, after countless promises that VAT would not rise. The UK has had a yoyo-like VAT system of recent years, dropping from 17.5% to 15% in response to the recession, before rising back up to 17.5%.

It has been expected for some time now that public spending will be slashed in response to years of borrowing and overspending. However, a VAT increase has not gone down well with the public, particularly with business owners. This is fuelled in no small part by the divided opinion between supporters of the coalition’s two component parties. The Liberal Democrats promised that a VAT increase would not happen; but now support the Conservatives decision to raise it to 20%. Of course, a public spending cut will be felt along side this VAT increase, as well as a number of other measures.

Firstly it should be noted that on the whole, this is a positive step forwards for the UK in terms of paying off its national debt. The 2.5% rise will see an extra £13 billion per year in added funds. As would be the case with a private debt held by an individual, it is important to cut costs and boost income to pay it off in due course. Any business owner will be very familiar with this basic principal.

So what does this mean for businesses in the UK? Well most obviously, prices will rise to cushion the VAT increase. Essentially the government are looking to gain more from each transaction made by individuals in the UK. This is all well and good. However rising prices can cause spending rates to drop across the board. In terms of basic and fundamental economics, price rises would only come into play in a free market economy when controlling (or responding to) demand. When this is altered for the sake of an emergency budget, it can sway figures from both ends out of alignment. Business spending will also be effected by the increase in pricing, but of course with VAT offset for business expenses it will nullify itself in the long run. If businesses decide to absorb the added VAT cost themselves, they will simply be absorbing part of the UK debt, which is a counterproductive move as a business owner.

The consensus is that a VAT rise will hit the UK hard, at a time when the public really dont need it. But the fact of the matter is that what we want to be happening isnt always what is best for us in the long run. If the UK continues as it is, it may well fall into a deep depression and end up in a worse situation than ever thought possible. The new budget will help dig the country out of the mess it is in now, but requires our help as citizens to help in that process. It is a fair method, even if it is one that the people are not all too happy with at this time.