Unexpected disaster has the very real ability to take a business from comfortable success to complete failure within a very short time-frame. Naturally, many measures can be put in place to minimise the impact such an event can have on your organisation. For example, a Netwise Hosting off-site remote backup solution is ideal for keeping data safe in the unlikely (yet possible nonetheless) scenario that your business encounters a local disaster; thus potentially compromising valuable information. However, this has been covered in a previous blog post, seen here – this particular entry will look at the PR side of a disaster, and how it can effect recovery. Please also refer to this post for more information on the backup process. 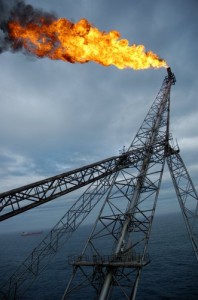 You don’t have to look too far to find real world examples of how PR can effect the reputation of an otherwise stable business. The most notable recent example of this is the BP oil spill in the Gulf of Mexico. Of course, oil companies don’t have the most glowing of reputations to begin with, considering the drive towards all things eco-friendly. When they put their foot out of line, they can expect a serious public backlash. The Big Picture by Boston.com has a fantastic set of images on this topic, seen here.

BP have been spending countless hours since the tragic explosion attempting to repair their image. But has the damage been done? Regardless of BP’s efforts to quash the media backlash, all attempts thus far have been almost entirely ineffective. BP have accepted responsibility for the disaster, which should play a big part in softening the impact felt by the British oil giant, and are liable for a clean up operation currently costing in the region of $350 million – which is likely to rise.

BP’s current CEO Tony Hayward has issued many statements in response to the events as they unfolded. Any situation in which 11 workers are killed is incredibly difficult to overcome, let alone suffering the aftereffects of the worst oil spill in history. The biggest action currently in place to rectify issues occuring right now in the Gulf of Mexico is what BP have coined their ‘top kill’ venture. This will pump heavy liquid at high pressure down through the drilling equipment, followed by cement to seal off the void. One must applaud Hayward on his complete honesty. It would have been easy for many other CEO’s in his position to shy away from the facts and claim no knowledge of the events leading up to and surrounding the disaster – but this was not the case here. It is likely that this honesty and ownership of the problem will serve the company some form of positive PR, even if the general standpoint is still highly negative.

Twitter has been a key component in how BP has handled PR surrounding the disaster, which has allowed a wide reach to many demographics. Yet the response has still been overwhelmingly negative. Some Twitter accounts have even surfaced on the popular status sharing site with the specific aim being to distribute satirical slander.

BP Global PR is one such account, serving to impact the companies overall PR storm in a negative light. The following quote is an example of the status updates coming from this account. The name of the account – that of it being so similarly matched to a name likely to be in the ownership of BP – also adds to the confusion of many readers.

Our company psychiatrists say now is the time to move onto the last phase of experiencing a tragedy, acceptance mixed with forgetfulness.

So how does this translate to other industries, particularly the hosting industry? Well the moral of the story is to have measures in place to deal with the PR side of a disaster before it occurs. The possibility of an oil spill is fairly high in the drilling industry, so BP should have had a slick and well addressed scheme in place to deal with this particular eventuality.
Of course, there are far fewer unpredictable variables in the hosting industry. There is no real scenario in which members of a hosting team will be killed in an accident. At least that the hope. But nevertheless, how would large-scale data loss or hardware failure effect the image of the worlds biggest hosts, who provide services to some of the nets most traffic-heavy sites.

Recovering from such a disaster in a tangible way is one thing, but recovering your image and brand after such a heavy tarnish is much harder. Support will dwindle, with both new and exisiting clients becoming very anxious about things to come.

Netwise Hosting have every measure in place to ensure disasters never occur. In the highly unlikely eventuality of an unavoidable scenario in which service is heavily effected, Netwise Hosting will always put the customer first in rectifying the issue.