Serious works began at the new data centre this week, starting with clearing works to make way for the large mezzanine floor to be installed next week. As the first part to this blog, we will begin with a small selection of photos of the new facility prior to works beginning, followed by some update photos as clearing works are under way.

Clearing works began this week, preparing the site for the division of the warehouse into two data halls. 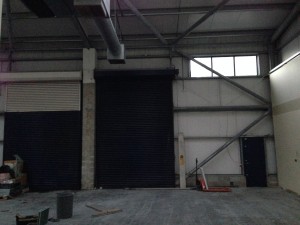 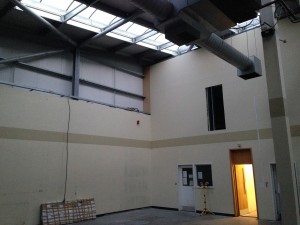 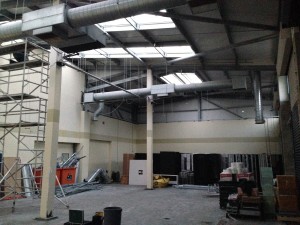 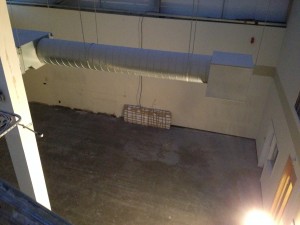 As you can see when comparing the first gallery to the shots above, much of the original ceiling rig has been removed, including lighting, duct work and cooling systems. This will be finalised towards the end of next week when the mezzanine floor is installed. You can also see where a new doorway has been cut on the first floor, which will lead from the first floor build room onto the new data floor.

This week has also seen the installation of cable tray systems throughout the office and amenities side of the building, ready for cable pulling to begin shortly. Check back next week for progress shots of the mezzanine installation.